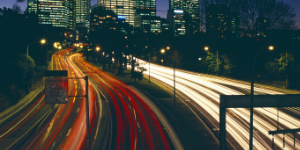 Difference between SPIKES and VIX –Monthly vs. Weekly Options

In this note we take a look at different versions of the VIX and SPIKE indices, and compare their numerical values over time. More specifically, index construction using either monthly or weekly options in SPX or SPY is considered. We find that:

We consider the following four volatility indices which use different underlying and option expirations (amongst other minor discrepancies such as tail truncation and roll schedule). All of them utilize the well-known variance swap approximation. The VIX index was effectively the VIXM version until mid-October 2014. Since then it was switched to using weekly SPX options and became VIXW. For SPIKE it has been using monthly SPY options only since inception (i.e. SPIKEM). SPIKEW is computed for comparative purposes.

4th and 5th weekly options in SPX and SPY did not become available until a little over 5 years ago. In this study we reconstruct the volatility indicesfrom mid-January 2014. End-of-day bid-ask data and their mid price is used, and the price dragging procedure for SPIKE is not applied. Index outputs may be different to official published values due to difference in the raw SPX/SPY options data. Although rare, data on some days may not represent reality of the market and should be disregarded.

We may break down the difference between VIXW and SPIKEM into two components as follows:

The first part, SPIKEM – VIXM, encapsulates the difference between SPX and SPY options used in the index computations. The second component, VIXM – VIXW, accounts for the difference between using monthly and weekly options. On average SPIKEM is higher than both VIXW and VIXM. The standard deviation of the three pairs of differences is similar.

Disregarding outliers on certain days due to data quality issues, all three quantities seem to be bounded by -1 and 1 most of the time, with similar variability. On average SPIKEM is higher than VIXW, with a significant portion of the difference coming from SPIKEM – VIXM. It is easy to see from the charts that SPIKEM – VIXM exhibits very strong cyclical structure. Every 3 months or so, it increases from near zero, to a peak near 0.5 before declining back towards zero.

The SPY ETF pays a quarterly dividend in March, June, September and December. American style SPY options that contain these dividends would command an early exercise premium. This is the case even for strikes that are out of the money, such as those used in the SPIKE index calculation. As a result we expect higher SPIKE values in these instances than the VIX which uses European style SPX options.The difference is most pronounced in the Feb/May/Aug/Nov cycle.

Alternatively, we can look at these differences when SPIKEM uses one of the Mar/Jun/Sep/Dec monthly expirations. This happens two thirds of the time, although the allocated weighting may be small half of that time. We have the following statistics:

It is clear that the SPY dividend plays a decisive role in explaining the difference between SPIKEM and VIX (VIXM or VIXW). When a dividend is not involved the difference is often negligible, on average.

As the chart below shows, SPIKEM is higher than SPIKEW rather consistently, by up to 1volatility point most of the time (sometimes considerably more). This may be somewhat surprising.

On further inspection, this is due to the relevant SPY weekly expirations not having a wide enough range of strikes, especially on the put side. Because of this (and liquidity concerns of those weekly contracts) it may not be appropriate to switch SPIKE to using only weekly expirations.

The following tables show how often the lowest and highest available SPX and SPYstrikes are used in the volatility index calculation for both the VIX and SPIKE. It only happens in a very low percentage of cases for the VIX since 2015, using weekly options. For the SPIKE index such occurrence is also very low if monthly options are used. Using weeklies would be problematic as nearly half the time there are not enough downside strikes available.

Here is a recent instance where SPIKE is noticeably higher than the VIX (by 0.66 based onour data). The 30-day tenor sits near the mid-point of the two monthly expirations. The June expiration contains an SPY dividend. The table below shows the volatility values at different tenors for both VIX and SPIKE. Note that the 30-day value is not obtained by linearly interpolating the two endpoints.

The difference between VIX and SPIKE is within 1 volatility point most of the time.It is largely due to the quarterly SPY dividend giving the American style SPY options an extra early exercise premium. Using monthly rather than weekly options is the other main contributing factor. Using weekly SPY options to construct the SPIKE index may not be a viable alternative for now due to an insufficient strike range on offer in the relevant SPY weekly expirations.

This document is prepared by T3Index Pty Ltd.